With ideas piling up in my head and a shrinking pile of books in stock, this winter seemed to be the right time to get started on a new edition of the Bike Skills book. I had been writing and changing the text for a little while now, but a good book needs good pictures. Luckily, I had been working with a photographer in southern France in early fall. But now that it is winter, where should I go for some sunny shots?
TEXT: MICHEL ROMEN / IMAGES: VANMARTY PHOTOGRAPHY

The answer can be found in the Atlantic ocean, some miles off the Maroccan coast: The Canary Islands. With a regular climate warmer than most Dutch summers, this is a great destination for all year around riding. And with that great weather comes a network of great mountain biking trails. Tenerife, Gran Canaria and La Palma are perfect places to ride when the snow starts falling at home. Mass tourism comes free with that – although that won’t bother you once you hit the trail. 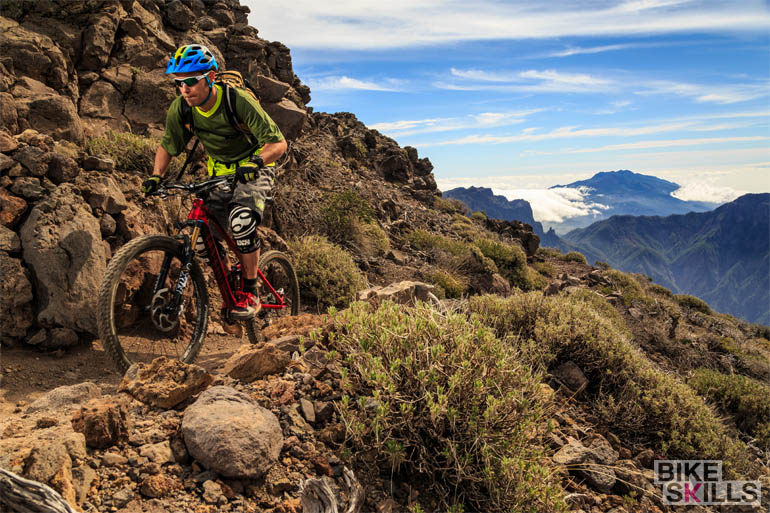 Mass tourism luckily isn’t such an issue at La Palma. The island is also called “La Isla Bonita” and is said to be the steepest island in the world. And although it is rather tiny (42 km from north to south), there is a huge diversity in vegetation and weather conditions. From the green, moist jungle up north to the black lava dunes in the south western part of the island: a great trail is never far away. 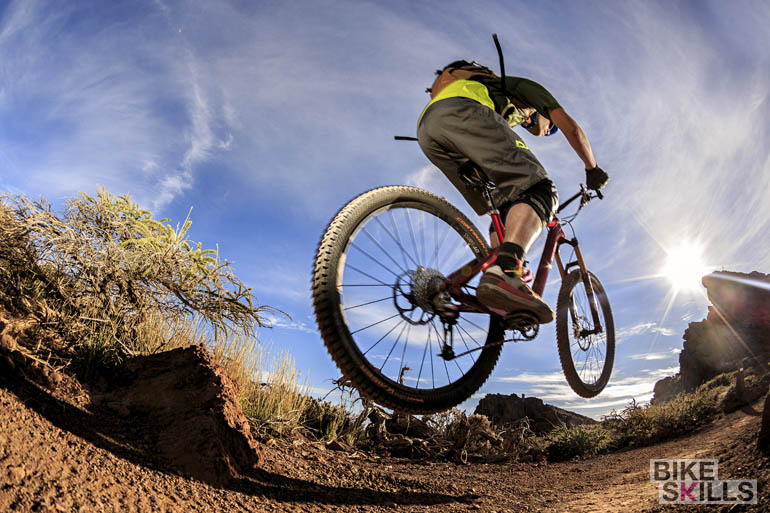 A great place to ride and for a photo shoot as well – so enter Marten van Dijken from Van Marty Photography. This Dutch guy has lived at La Palma for 9 years now and knows the island like the back of his hand. As a pro photographer and cameraman for the Canary TV station, he drives all over the island and is right at home there. From a photographic point of view, he has a profound background and numerous years behind the lens. And above all, Marten is simply a great guy to hang around with! So that’s a solid base for this project. 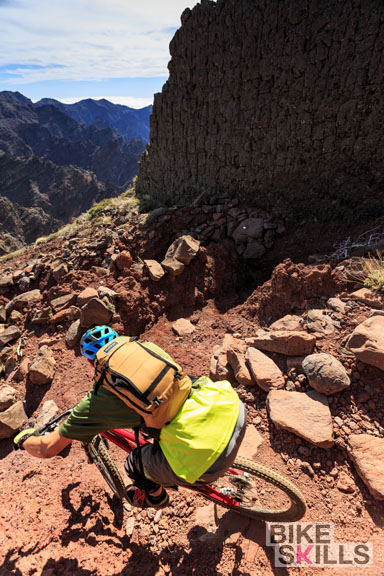 In my first days on the island, I joined a guided group from MTB station Atlantic Cycling to scout for photolocations. I had been on the island before, but memories fade and trails change. I was surprised to see who was guiding: it was Stefan Schlie, who I knew from the days he rode international trials competitions. And Atlantic Cycling has more top notch ‘employees’: for example, German downhill pro Steffi Marth guides the “Gravity Girls Weeks” they organize. 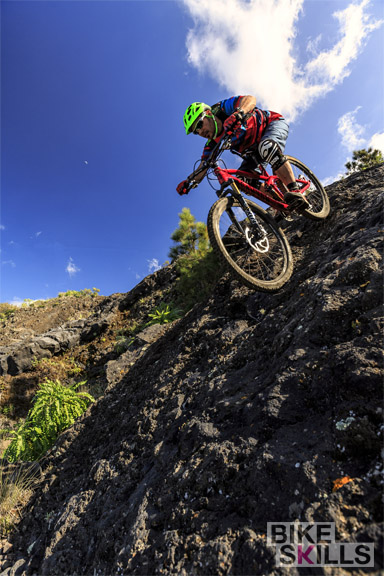 Once we got started on the actual shoots, it once again became clear to me that this is no easy task. To show a manoeuvre properly, everything has to be right: the terrain, the timing, the light and of course, the move itself. Luckily I was working with a pro and Marten had no trouble getting each shot right. But at the same time I realized that the ‘amateur’ photographers I worked with in the past were up against quite a challenge. So Guus, Gilbert, Ralph, Sjoerd, Jeroen – Respect! 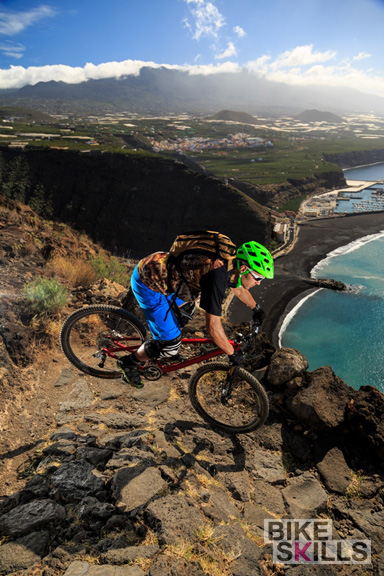 The result: a USB-stick full of amazing images, some of which illustrating this blog post. More of them will be in the next edition of the Bike Skills book, later on this year. I would like to thank Marten for the top notch results and the patience, Philip and Stefan from Atlantic Cycling for helping me out with scouting the locations and Monta Rent a car for the brilliant rental car with Thule bike stand. 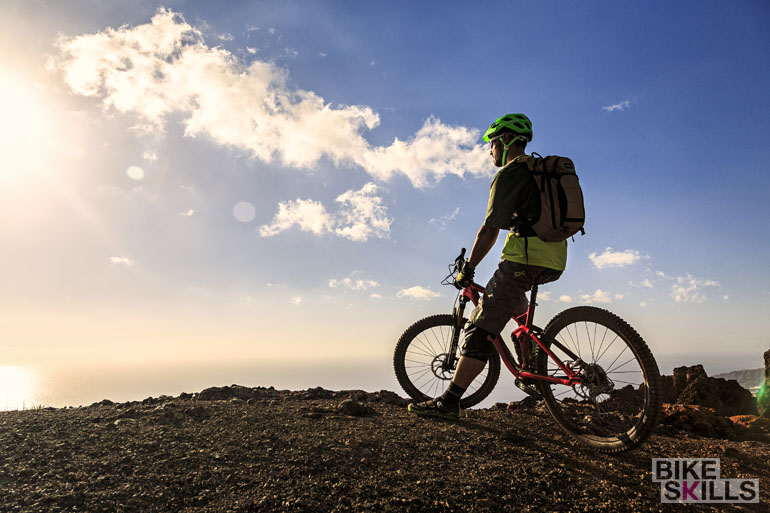 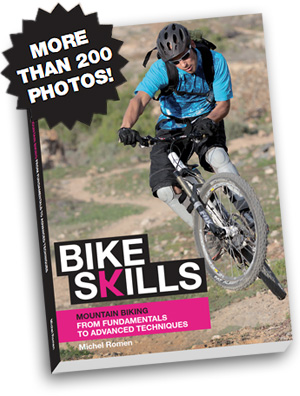